In 1966, under the administration of Georgios Mavros, the National Bank of Greece, as part of its 125th anniversary celebrations, decided to create a cultural foundation to support the Humanities, Fine Arts and Sciences in Greece. The Foundation was instituted in accordance with Decree 311/1-4-1966 and is now housed in a handsome building at 13 Thoukydidou St, a unique example of the architecture of the Ottoman period, which has been fully restored by the National Bank of Greece.

Members of the first Board of Directors of the Foundation were Ioannis Kakridis, Pandelis Prevelakis, Linos Politis, Angelos Vlachos (Ambassador), Leonidas Philippides (Rector of the University of Athens) and Konstantinos Tsatsos (President of the Academy of Athens). Emmanuel Ch. Kasdaglis, writer, distinguished editor and employee of the National Bank became the Foundation's Director. Between May 1966 and April 1967 the Board of Directors planned the Foundation's activities for the following years. This bright start was cut short by the military coup, and the ambitious programme was only put into effect following the restoration of Democracy, since the colonels' dictatorship had ousted the Foundation's Director and high-handedly replaced the members of the Board of Directors who had not resigned.

The Cultural Foundation of the National Bank, or MIET (Morfotiko Idryma Ethnikis Trapezis) as it is generally known, commenced its activities in 1974, when Georgios Mavros, then Deputy Prime Minister of Greece, restored order to the Foundation through legislation, reinstating the pre-dictatorial Board and the dismissed Director E.Ch. Kasdaglis, who held that position until his death in March 1998. 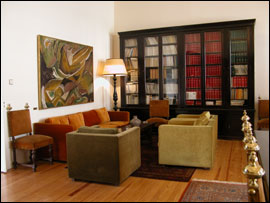 In 1995, the Academy of Athens awarded the Foundation a Silver Medal for its total contribution to the cultural life of Greece, "... for over thirty years it has successfully supported Science, the Fine Arts and Letters, by publishing, exhibiting and translating many notable works".

The Foundation's activity in the Humanities commenced in late 1974 with its publications, which according to its articles of association are intended to cover university teaching requirements, as well as gaps in the Greek- language bibliography. Since then MIET selects and publishes works that cannot be undertaken by commercial printing houses, because of the high costs or other special reasons. Many of the Foundation's 500 or so publications are used as text books in higher education. However, MIET consistently aims to satisfy also the common readers, regardless of age or social status, who wish to be educated or to expand their knowledge in any of the fields covered by the Foundation's publication programme.

The Foundation's publications are outstanding for the apt selection of titles and their excellent quality, and have rightfully earned the recognition of both Greek and international readers. Its books are written and translated by specialist scholars, while their exemplary editing has set the highest standards and has contributed to improving the quality of Greek book production generally.

Moreover, the Foundation extends its impressive contribution to the fields of Fine Arts and Sciences through